“They both come from a fine arts background which transferred into fashion,” Michele said. “I worked on the comfort aspect of the product.”

The sisters grew up with their parents, Robert and Vickie Summers.

“I’m a military brat but from age twelve on I lived primarily in northern California, so that’s the area I call home.”

A career in medicine was an early choice.

“For one thing I had metatarsus adductus, as a child. I was pigeon toed, my feet turned inward towards each other. I was treated and wore a cast for a couple of months. So somewhere in my brain that desire to be a doctor took hold.”

She thought she was headed towards pediatrics.

“In college I was a nanny and I saw how parents called pediatricians at all hours of the night." Wanting a more predictable schedule she switched to podiatry.

Summers earned a Bachelor of Arts in physiology from UC Berkeley. She attended and graduated from medical school at Barry University, a private Catholic university, in Florida, with dual degrees, in podiatry and in bio-medical sciences. She did her residency at Hawthorne Hospital. Finishing her residency in 1997, she decided to remain in southern California. 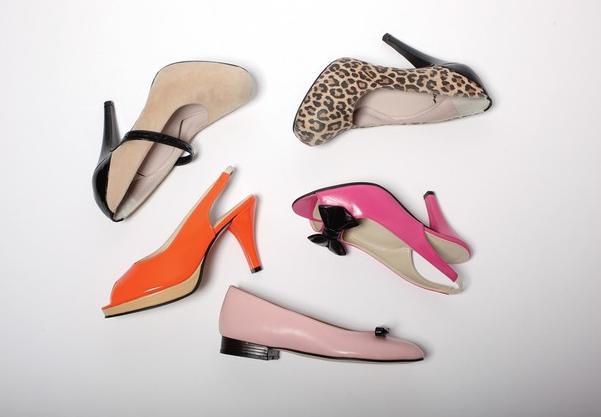 When podiatrist Michele Summers’ patients would come to her El Monte office, their mantra was “please fix my feet so that I can wear heels.”

Researching the market for shoes that were both fashion forward and comfortable she found products, but these were out of reach for the patients she served. Most retailed for upwards of $400.

“What I found was that the few people doing this type of shoe produced an extremely expensive product that most of my clients would not be able to afford. This told me there was room in the market for pretty but comfortable shoes offered at more reasonable prices, say about $200-$300, prices accessible to many working woman.” The shoes feature built in arc support and a cushioning material, Poron, that absorbs shock. The shoes are manufactured in the USA in a factory in Pasadena, CA.

Collaborating with her sisters, Angela Summers and Jen Summers over several years, the trio worked on their 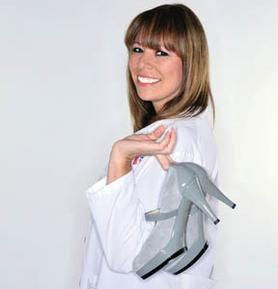